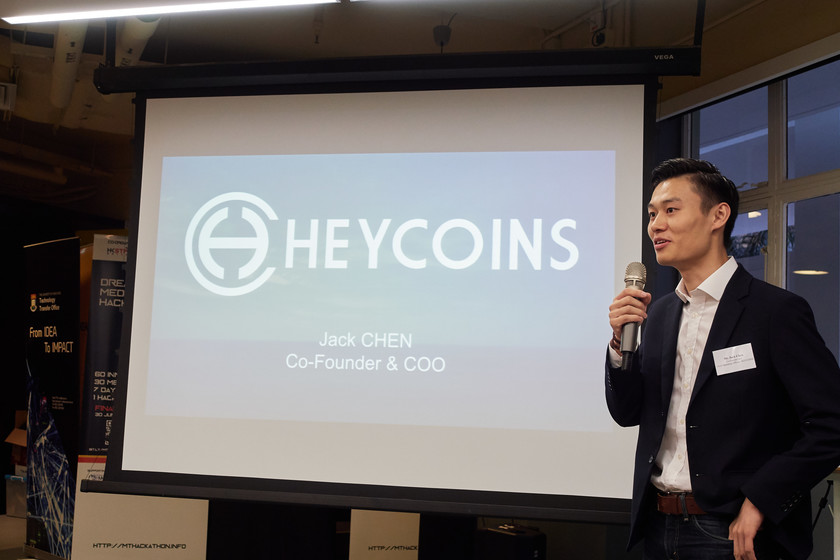 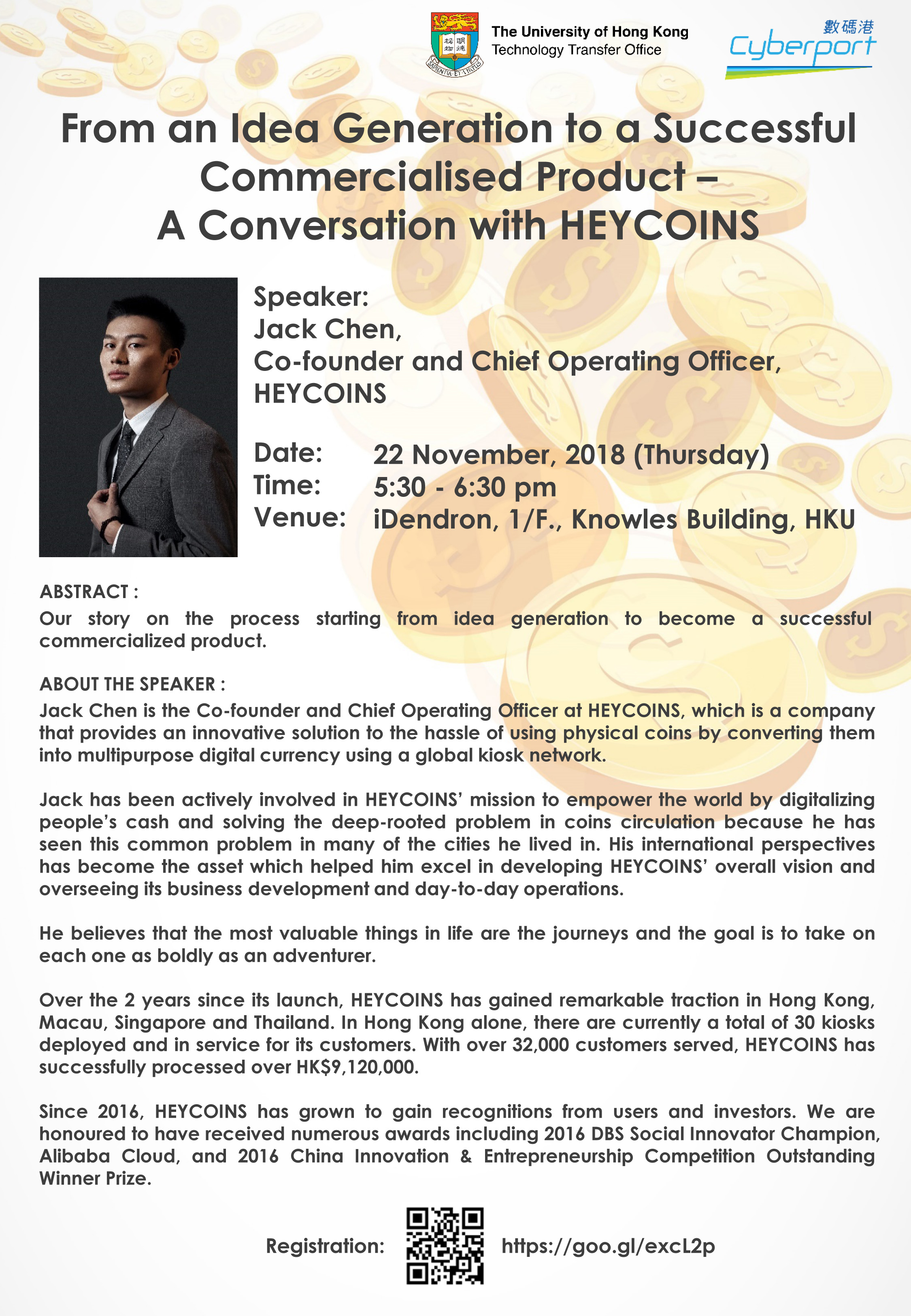 Abstract:
Our story on the process starting from idea generation to become a successful commercialized product.

About the Speaker:
Jack Chen is the Co-founder and Chief Operating Officer at HEYCOINS, a global kiosk network that empowers people by digitalising their cash, where Jack is responsible for company's overall vision, business development as well as day-to-day operations.

Jack strongly believes the things most worth having are journeys and to be as bold as an adventurer in life. He has lived in both the United States and Mainland China before moving to Hong Kong several years ago with his family. Jack has been trying to solve a common problem that has not been solved in those places that he has been visited and lived, thus he decided to join the team HEYCOINS in early 2017 to address the cities’ deep-rooted problem in coins circulation.

TTO IP Seminar for School of Biomedical Sciences – What is obvious is not obvious: a conversation with your patent attorney 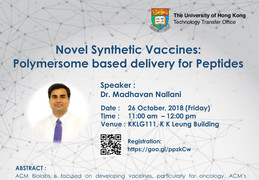 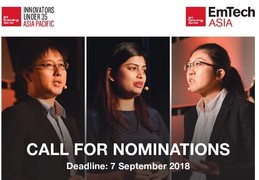 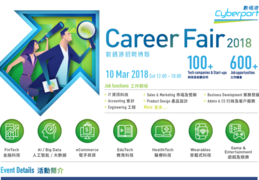 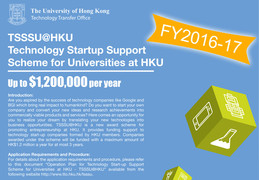